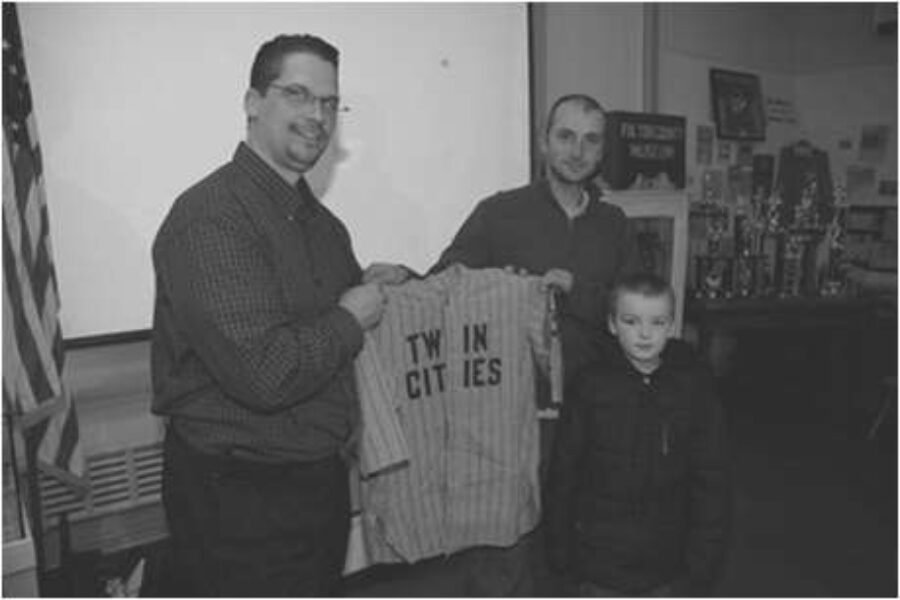 One great local player was James Walsh, who pitched for the Twin Cities, Knox Gelatines, Buckskins and All Johnstown teams and whose original uniform graces our museum. 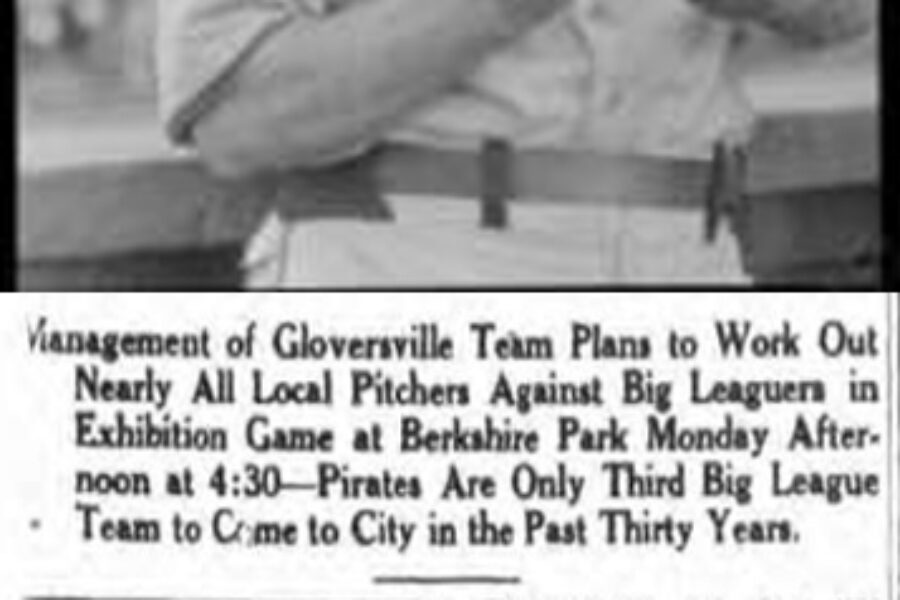 Manager "Pep" Martin of the Gloversville Can-Amers planned today to give four of his star hurlers a crack at the Pittsburgh Pirates Monday. 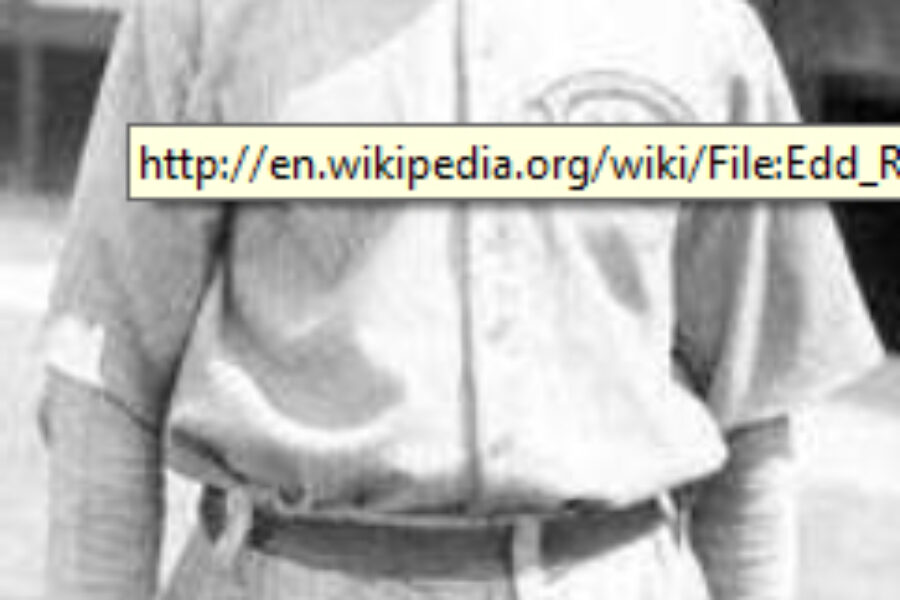 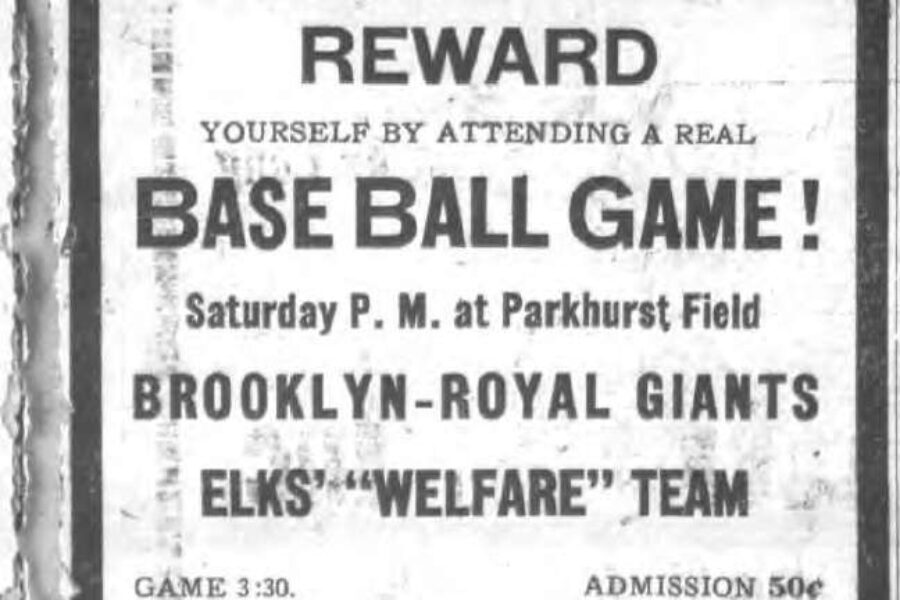 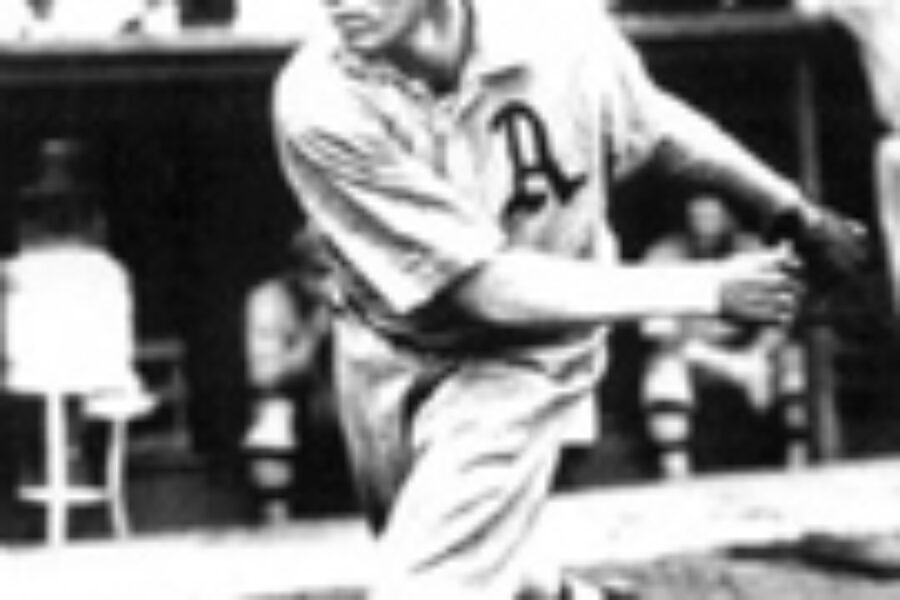 This ad from 10/13/1913 promotes an upcoming game featuring future Hall of Famer Chief Bender and battery mate Wally Schang against the Danforths on A. J. & G. Park. Most baseball historians agree that Wally Schang was the greatest offensive catcher of the dead ball (pre-1920) era. When Schang wasn't catching, his managers usually played him in center field, right, or at third base, in order to keep his bat in the lineup. His defensive work was also regarded as outstanding, although he holds the American League career record for most errors by a catcher, with 218 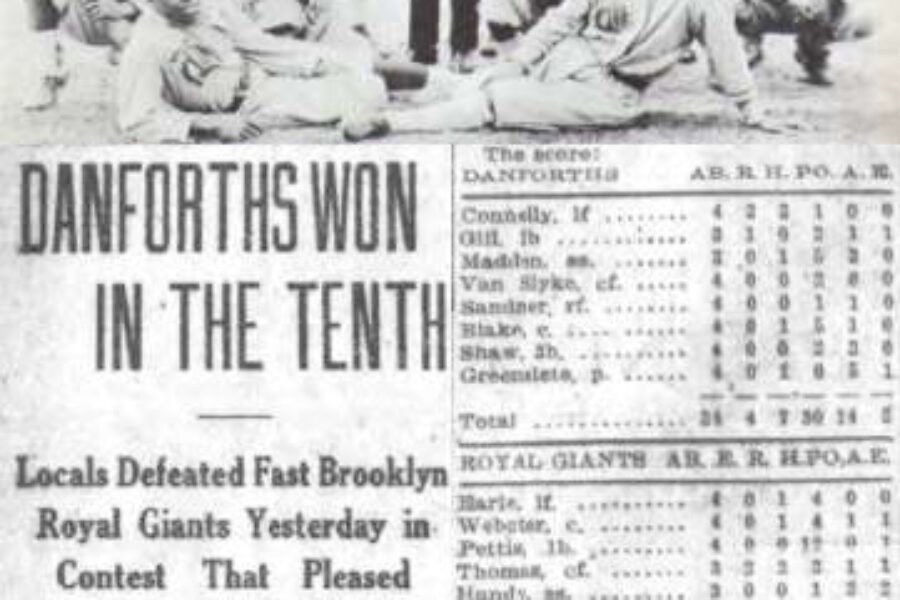 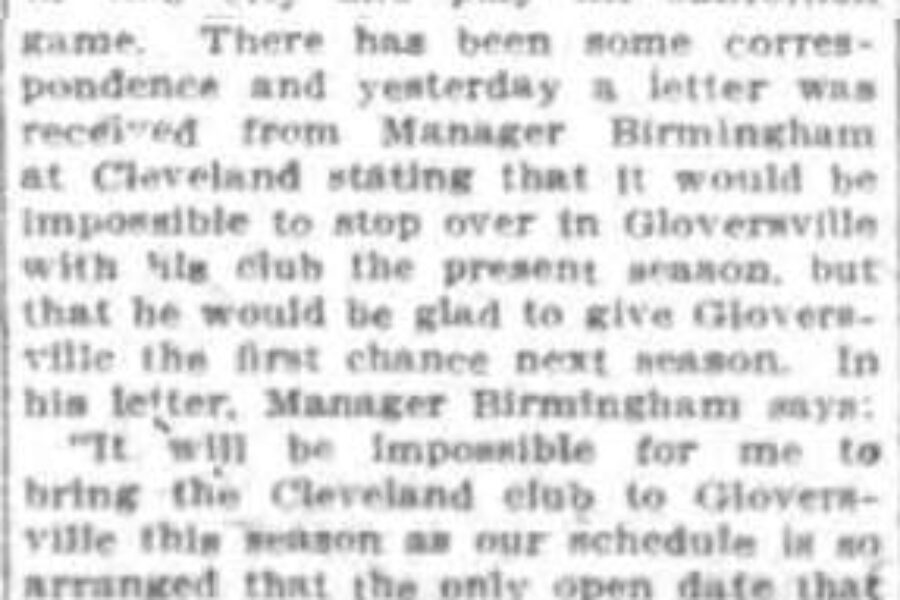 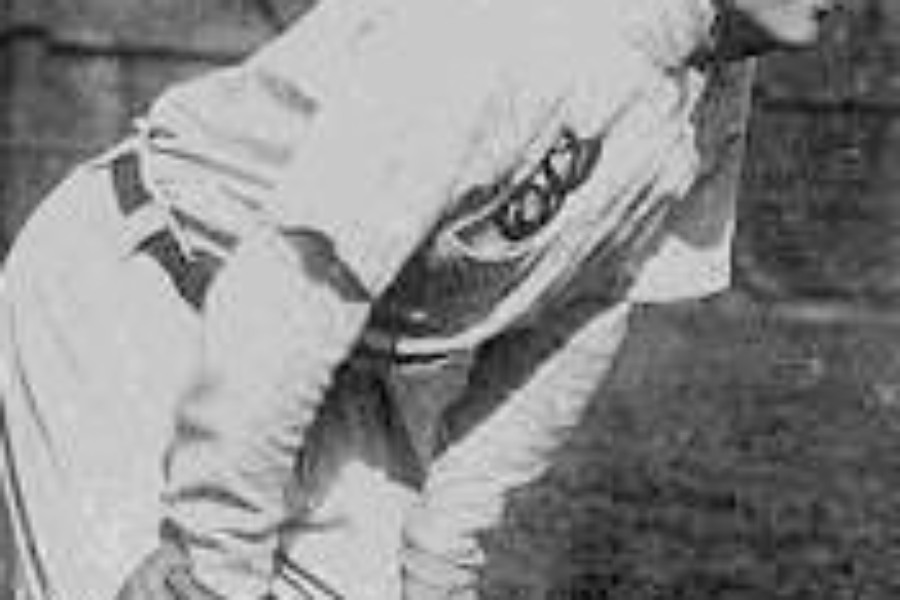 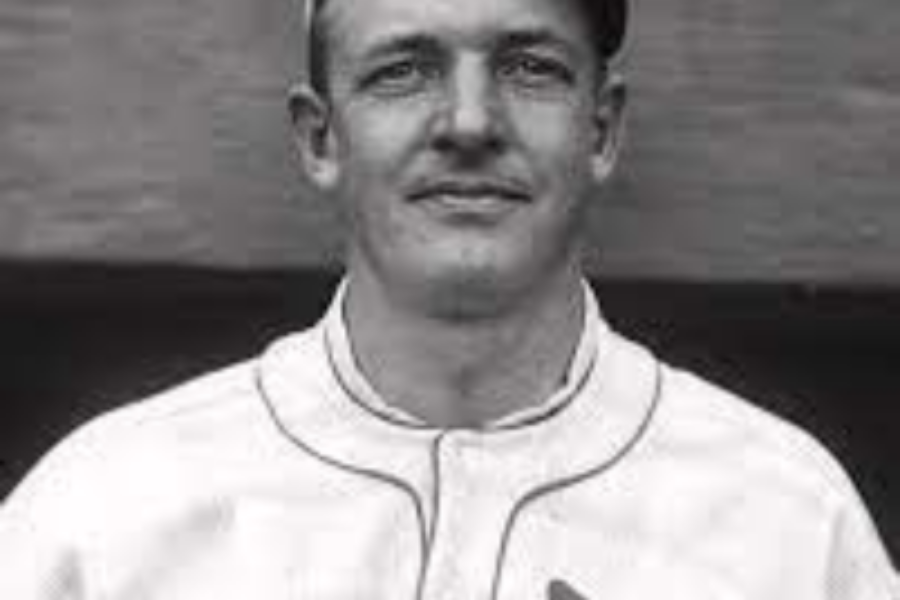 Mathewson is a brother to the famous Christy Mathewson of the New York Nationals, and had a season's experience with the Giants in 1911 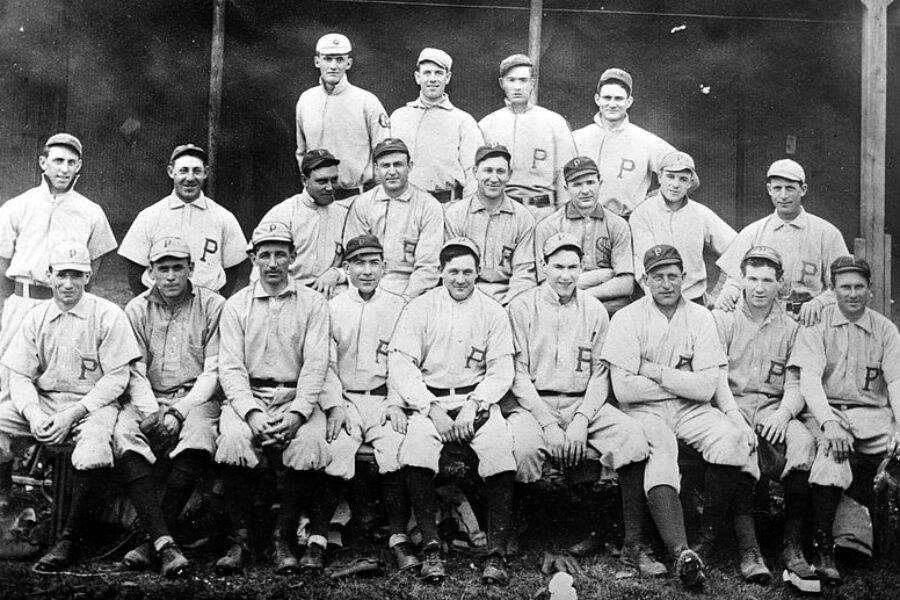 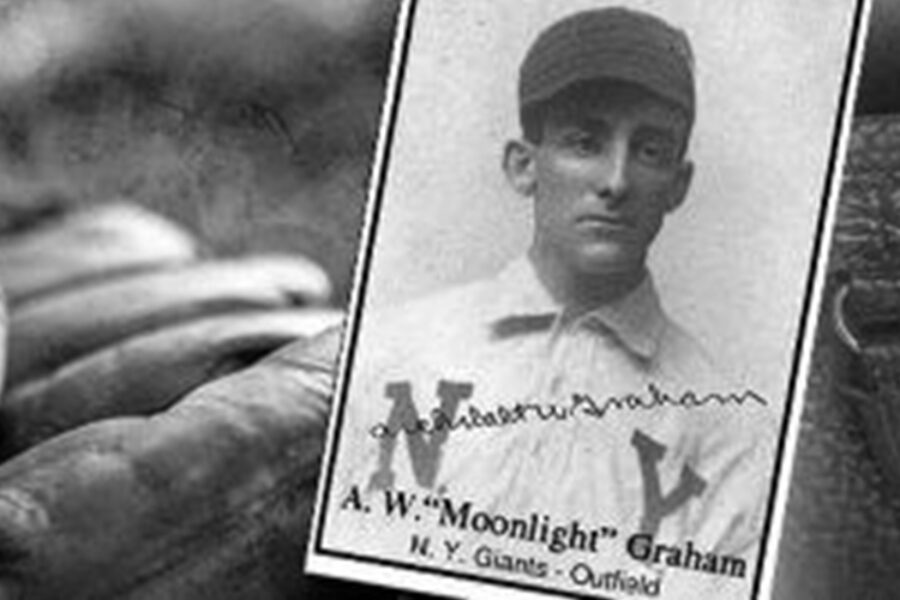 Archibald Wright "Moonlight" Graham appeared as a right fielder in a single major league game for the New York Giants on June 29, 1905. His story was popularized by the 1989 film Field of Dreams starring Kevin Costner. 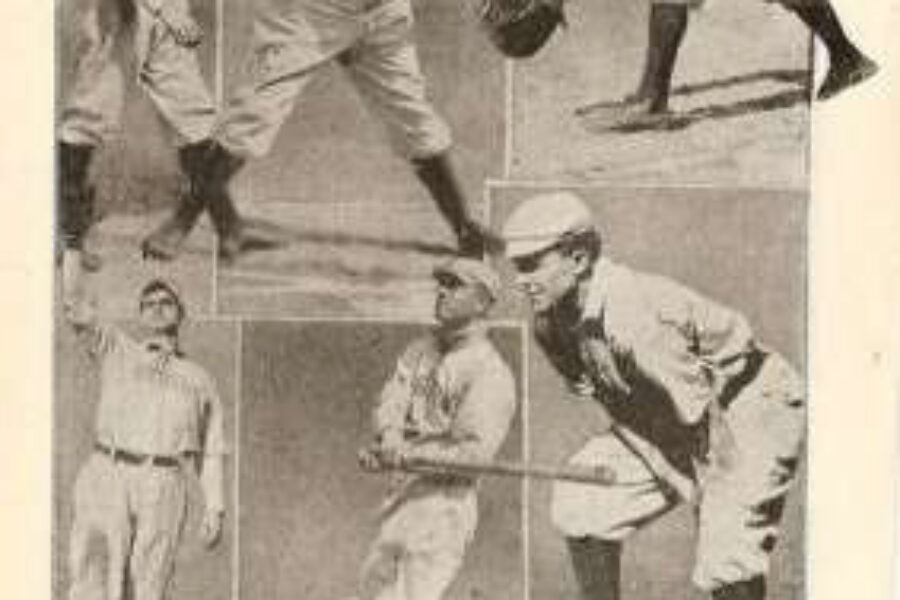 The Local Connection to Boston

Myron Frederick "Moose" Grimshaw was a right fielder in who played from 1905 through 1907 for the Boston Americans. Grimshaw was a switch-hitter and threw right-handed. He was born in St. Johnsville, New York and raised in Canajoharie. In a three-season career, Grimshaw was a .256 hitter (229-for-894) with four home runs and 116 RBI in 259 games, including 104 runs, 31 doubles, 16 triples, and 15 stolen bases. He came back to Gloversville after his career was over and became a player/manager for the semi-pro Danforths, who played on JAG Park. Grimshaw died in Canajoharie at age 61. 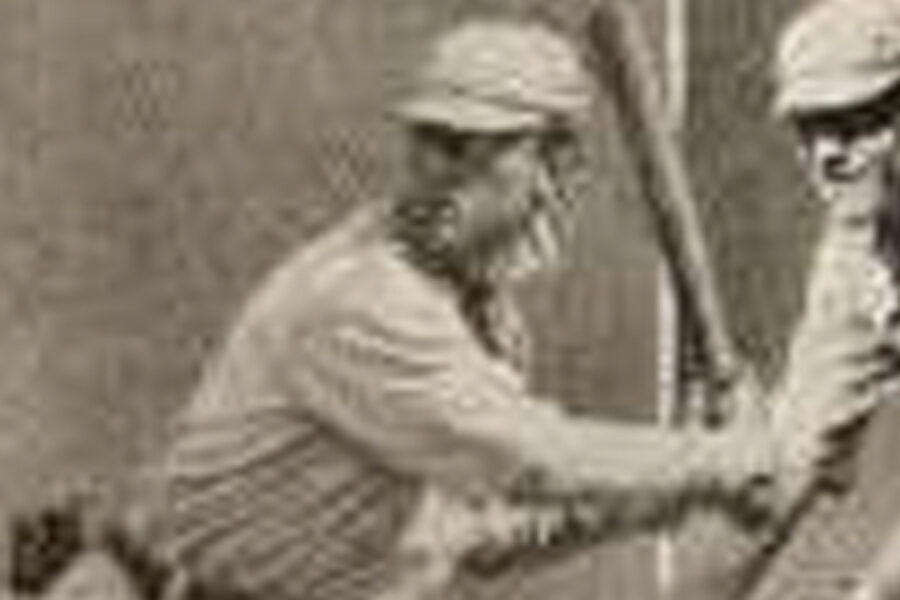