July 8, 1913 by David Karpinski in Dansforths

This article from 7/8/1913 announces that planned game with Cleveland “Americans” or  “Naps” at the park was not going to happen that year. 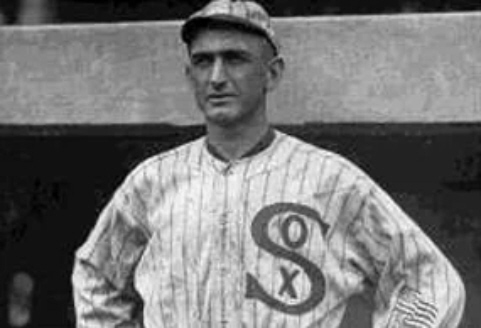 Birmingham was named the manager of the Naps in 1912 at the age of 28. A former JAG player, his ties to the area would have brought the MLB team to Gloversville and JAG Park.

This would have potentially brought Shoeless Joe Jackson and Nap Lajoie, future Hall of Fame players, to the Park

Baseball fans of Gloversville and Johnstown have been living in hopes for several weeks past of having the privilege  of seeing Joe Birmgingham and his Cleveland Americans in action at J. & G. park someday this season in opposition to the Danforths.  The fact that Birmgingham has achieved  such prominence  in the big league world and brought the Napoleons to high standing among the clubs of the American league has been both interesting and gratifying to his old time friends in Glove cities and Manager Lake of the Danforths has been importuned to attempt to make arrangements with Manager Birmgingham for he and his club to stop over in this city and play an exhibition game.

There has been some correspondence and yesterday a letter was received from Manager Birmingham at Cleveland stating that it would be impossible to stop over in Gloversville with his club the present season, but that he would be glad to give Gloversville the first chance next season.

In his letter, Manager Birmingham says:

“It will be impossible for me to bring the Cleveland club to Gloversville this season as our schedule is so arranged that the only open date that we have while in the east is at Boston.  It would be much of a jump for the boys to make.”

“I regret very much they I cannot play your team as I always have a desire to return to your grand city,  which has always had a warm spot in my heart. However, next year I will give Gloversville the first chance. With best wishes I am Sincerely yours,  Joseph L. Birmingham Cleveland, O , July 5,  1913”