August 7, 1913 by David Karpinski in Dansforths

Danforths Won in the Tenth 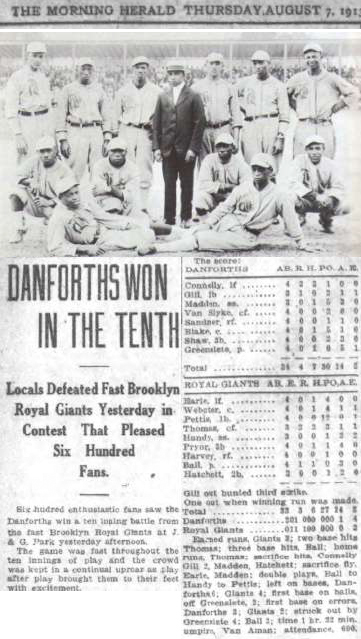 This article dated 8/7/1913 recaps the game from the night before, won by the local Danforths, against
the Brooklyn Royal Giants.

The Brooklyn Royal Giants were a professional baseball team based in which played in the Negro Leagues. They were one of the premier professional teams before World War I, winning multiple
championships in the East.

The game was fast throughout the ten innings of  play and the crowd was kept in a continual uproar as play after play brought them to their feet with excitement.