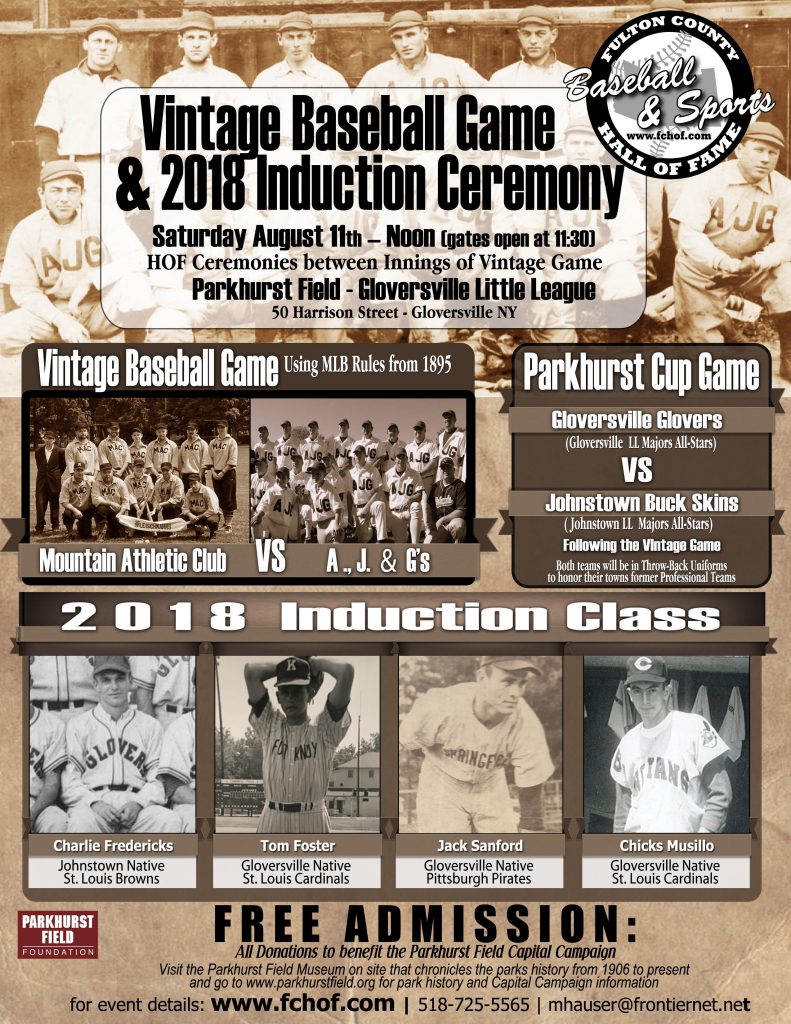 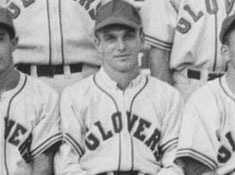 Fredericks was a Johnstown NY native who graduated from Johnstown High School in 1942.  He attended Parks College of Engineering, Aviation and Technology in St. Louis Missouri where he continued to play baseball at the college level.  During the summers he played semi-professional baseball for local Johnstown teams.  After voluntarily enlisting to serve in the Navy from 1944-46 during WWII, he returned to baseball in 1946 and was drafted by the St. Louis Browns organization in 1947 as a pitcher.  He spent the 1947 season with Hannibal Pilots (Hannibal MO) of the Class C Central Association League.  The Brown’s transferred him to their Gloversville NY affiliate Gloversville Glovers in 1948 where he became a local fan favorite.  He retired from baseball in 1949 to enter the business world as an electrical engineer.  He resided in Gloversville and worked for local engineering firms until his death in 1982. 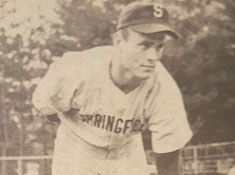 Jack Sanford is a Gloversville NY native who graduated from Gloversville High School in 1951.  He attended both Ithaca College (Ithaca NY) and Springfield College (Springfield MA) and pitched for both schools.  After helping Springfield College reach the College World Series in 1955 and compiling a 19-3 record over three seasons, he was drafted by the Pittsburgh Pirates as a pitcher in 1955.  He spent the 1955 and part of the 1956 season with the Williamsport Grays (Williamsport PA) of the Eastern League.  He was then signed by the St. Louis Cardinals organization 1957 where he pitched for the Jacksonville Braves (Jacksonville Florida) of the South Atlantic League.  In 1958 he split time with the New York White Roses (York PA) of the Eastern League and the Lincoln Chiefs (Lincoln NE) of the Western League.  He retired from baseball in 1959 and returned to Mayfield where he became a teacher and coach in the Mayfield School District, retiring in 1999.  Sanford currently resides in Mayfield with his wife Diane. 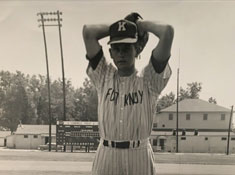 Tom Foster is a Gloversville NY native who attended Gloversville High School from 1951 to 1953. After his junior year at Gloversville High School, he was offered a contract to play for the Brooklyn Dodgers and New York Giants at the age of 16.  Instead, he attended the New York Military Academy (Cornwall-on-the-Hudson) for his senior year of high school and graduated in 1954.  He then signed a professional contract with the St. Louis Cardinals in the summer of 1954.  He attended St. Lawrence University in the fall of 1954, and played for the Cardinals organization each summer.  For the 1955 season, he pitched for the Johnson City Cardinals (Johnson City TN) of the Appalachian League, and the Hamilton Cardinals (Hamilton Ontario) in the Pennsylvania-Ontario-New York League.  The 1956 campaign saw him split time between the Hazlehurst-Baxley Tigers (Hazlehurst GA) of the Georgia State League, and with the Dothan Cardinals (Dothan AL) of the Alabama-Florida League.  After the 1956 season, Foster left professional baseball to voluntarily enlist in the United States Army.  While serving in the Army (1956-58), he played for the All-Army baseball team, playing in 130 game seasons against other base teams around the country.  In 1959 he returned to professional baseball to once again pitch for the Dothan Cardinals of the Alabama-Florida League.  After retiring from baseball in 1960, he became a teacher and coach in the Gloversville School District, retiring in 1996.  Foster currently resides in Gloversville (Peck’s Lake). 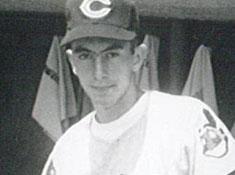 Chick Musillo is a Gloversville NY native who graduated from Gloversville High School in 1958.  Upon graduating from high school, he was offered a professional contact by the Washington Senators as a shortstop at the age of 17.  He instead attended Ithaca College to play baseball and spent his summers playing in semi-professional leagues in Gloversville, Johnstown and Amsterdam.  In 1960, he signed a professional contract with the St. Louis Cardinals as a pitcher.  He split the 1961 season with the Billings Mustangs (Billings MT) of the Class C Pioneer League and the Johnson City Cardinals (Johnson City, TN) of the Class D Appalachian League.  He then spent the 1962 season with the Brunswick Cardinals (Brunswick GA) of the Class D Georgia-Florida League.  He retired from professional baseball in 1963 and returned to Gloversville where he worked for Levor & Coca-Cola and Pearl Leather, retiring in 2009.  Musillo currently resides in Gloversville with his wife Rose. 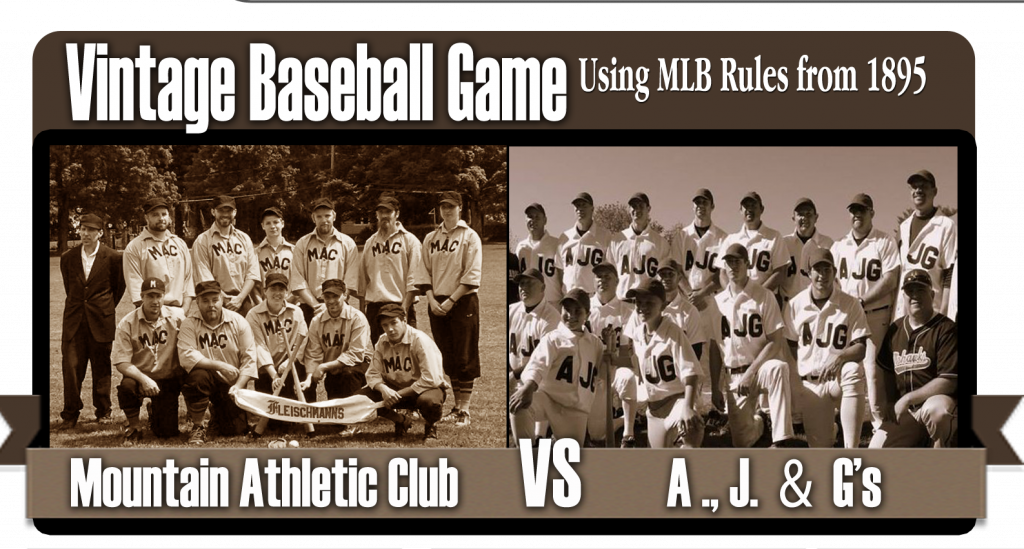 A Vintage Baseball Game will be played that day using the MLB rules in place in 1895 that will take place between the Mountain Athletic Club from Fleischmanns New York and the local A., J. & G Team.  The A., J. & G team will be comprised of former Gloversville Little Leaguers who once played at the historic Parkhurst Field site.  Both teams will be wearing turn of the century style uniforms, while using period authentic gloves, balls & bats of 1985.  All four players will be inducted between innings during the game starting after the first inning. Sanford, Foster and Musillo will be in attendance, and Fredericks will be represented by members of his family.

Admission to the event is free and open to the public.

Gates open at 11:30am, with the HOF Inductions & Vintage Game beginning at noon.  Parkhurst Field/Gloversville Little League is located at 50 Harrison Street in Gloversville.  The Parkhurst Field Museum, which chronicles the history of the facility since 1906, will be open all day.  For more information, visit www.fchof.com  or contact Mike Hauser at 518-725-5565.  You can also visit the “Parkhurst Field” or “Fulton County Baseball & Sports HOF” Facebook Pages.