The Local Connection to Boston 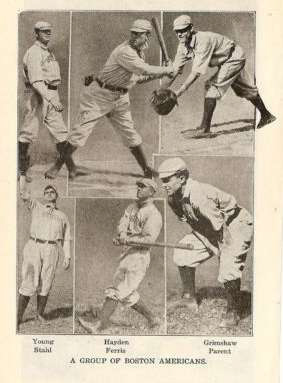 The Boston (Red Sox) Americans came to town, it is believed, because of a significant local connection…

Myron Frederick “Moose” Grimshaw was a right fielder in who played from 1905 through 1907 for the Boston Americans. Grimshaw was a switch-hitter and threw right-handed. He was born in St. Johnsville, New York and raised in Canajoharie.

He came back to Gloversville after his career was over and became a player/manager for the semi-pro Danforths, who played on JAG Park.

Grimshaw died in Canajoharie at age 61.