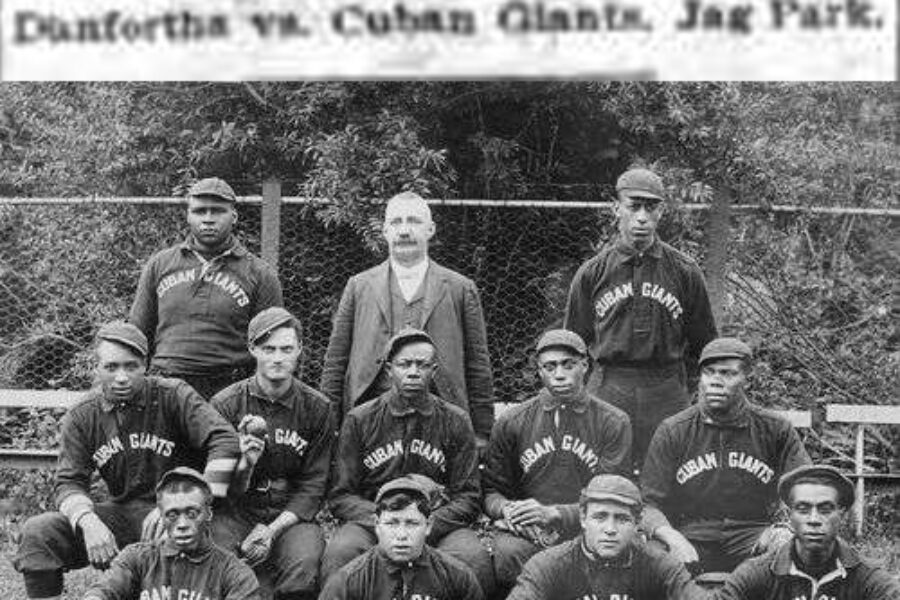 This article from 5/31/1913 promotes that afternoon‟s game featuring the Cuban Giants. The Cuban Giants were the first African- American professional baseball club. The team was originally formed in 1885. The team was so skilled in the game, and achieved victory over so many of the nearby amateur "white" teams that they attracted the attention of a promoter, Walter Cook. To appeal to a broader audience, Cook styled them the "Cuban Giants," a common ploy to avoid referring to the players as "black" or "Negro." There were rarely Cubans on the Cuban Giants.