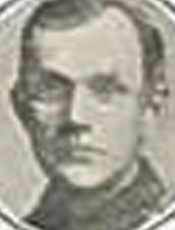 The A.J.&G. Baseball Club were champions in 1905 and boasted a great lineup full of stars in their inaugural season in their new Park.

Howard J. Earl (February 27, 1869 – December 22, 1916) was a Major League Baseball outfielder. He played two seasons in the majors, a full season in 1890 for the Chicago Colts, and then 1891 for the Milwaukee Brewers, who were a midseason replacement team in the American Association.

Earl’s minor league baseball career spanned 22 seasons, from 1886 with the Boston Blues of the New England League until 1907 with the Amsterdam- Gloversville-Johnstown Jags of the New York State League. From 1899 onward, he served as player/manager at each stop. During the latter part of his career he shifted from the outfield to first base.