September 2, 1905 by Elizabeth Emery in JAGS

The A.J.&G. Baseball Club enjoyed early success when they won the NYS League pennant in 1905, decided on the last day of the season, when they beat Utica twice while Wilkes-Barre lost to Scranton.

The 1906 lineup is pictured below and celebrates the team which won the 1905 season. 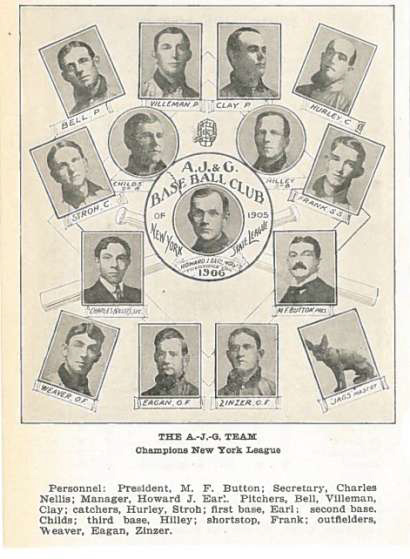 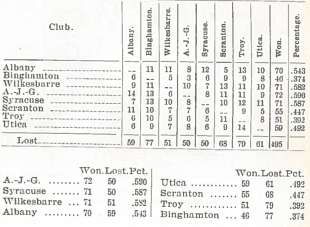