Grand Opening of the Ballpark

Originally Known as A.J.&G. (Amsterdam, Johnstown & Gloversville) Park, the local railroad company, F,J&G, built the park as a tourist attraction and stop on the railroad.

This article dated 7/12/1906 promotes the grand opening of the new park in Gloversville, New York

Satterlee‟s bid for the construction was $3,088 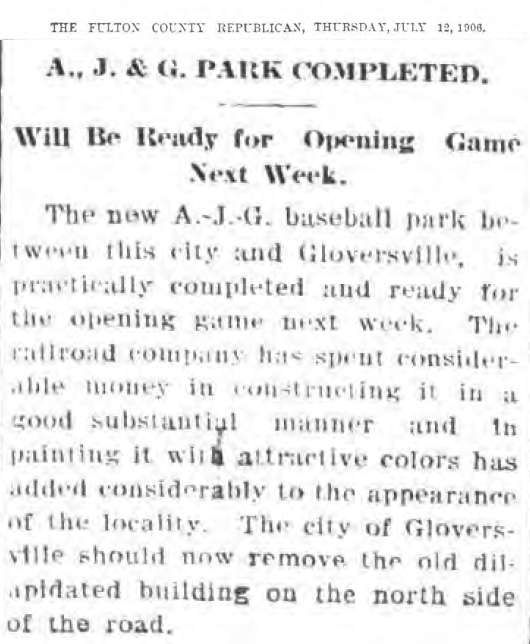 Will Be Ready for Opening Game Next Week

The new A.-J.-G. baseball park between this city and Gloversville, is practically completed and ready for the opening game next week. The railroad company has spent considerable money in contracting it in a good substantial manner and in painting it with attractive colors has added considerably to the appearance of the locality. The city of Gloversville should now remove the old dilapidated building on the north side of the road.