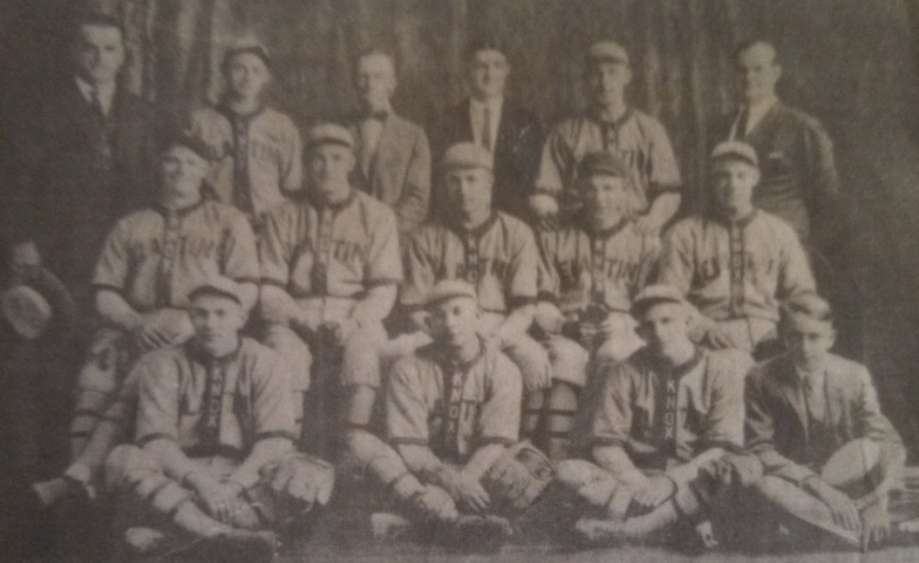 This article dated 5/26/1923 previews this afternoon‟s semi-pro baseball game on Parkhurst Field featuring the newly-formed Elks team vs. the Knox Gelatines of Johnstown.

The game was being held to help raise funds for a new swimming and wading pool at Darling Athletic Field on Kingsboro Ave.

A parade and military band concert was to be held and Gloversville mayor Frank Patten was expected to throw out the first pitch.

Semi-pro ball will be introduced to Gloversville this afternoon at Parkhurst field when the newly formed B.P.O. Elks clan will play its first game of the season.  The contest will be staged at Parkhurst Field at 3:30 o’clock and the Knox Gelatines of Johnstown will furnish the opposition.  This game will inaugurate the summer baseball program of the Elks for the purpose of raising money to establish a swimming and wading pool at the Darling Athletic field.

The game will be proceeded by a band concert by the Gloversville Military band,  the concert being held at Main and Fulton streets.  The band will also be in attendance at the ball game.  Mayor Frank A. Patten has been invited to throw the first ball and it is expected that hundreds of fans will be in attendance to aid the cause and to witness the ball game.

All members of the Elks’ team are members of the B.P.O.E. and all are giving their services gratis to the cause.  They will be up against a team which is already under way and which has played twice this season.

Welch will toe the rubber for the Johnstown clan while Mahoney will do the twirling for the Elks.  Others in the B.P.O.E. battle array will be Gill, Madden, Sigety, Sandner, Pelcher, Scribner, Forbes, Adore, and Kratsch.

Tickets for the game may be secured up until game time from any member of the Elks lodge.