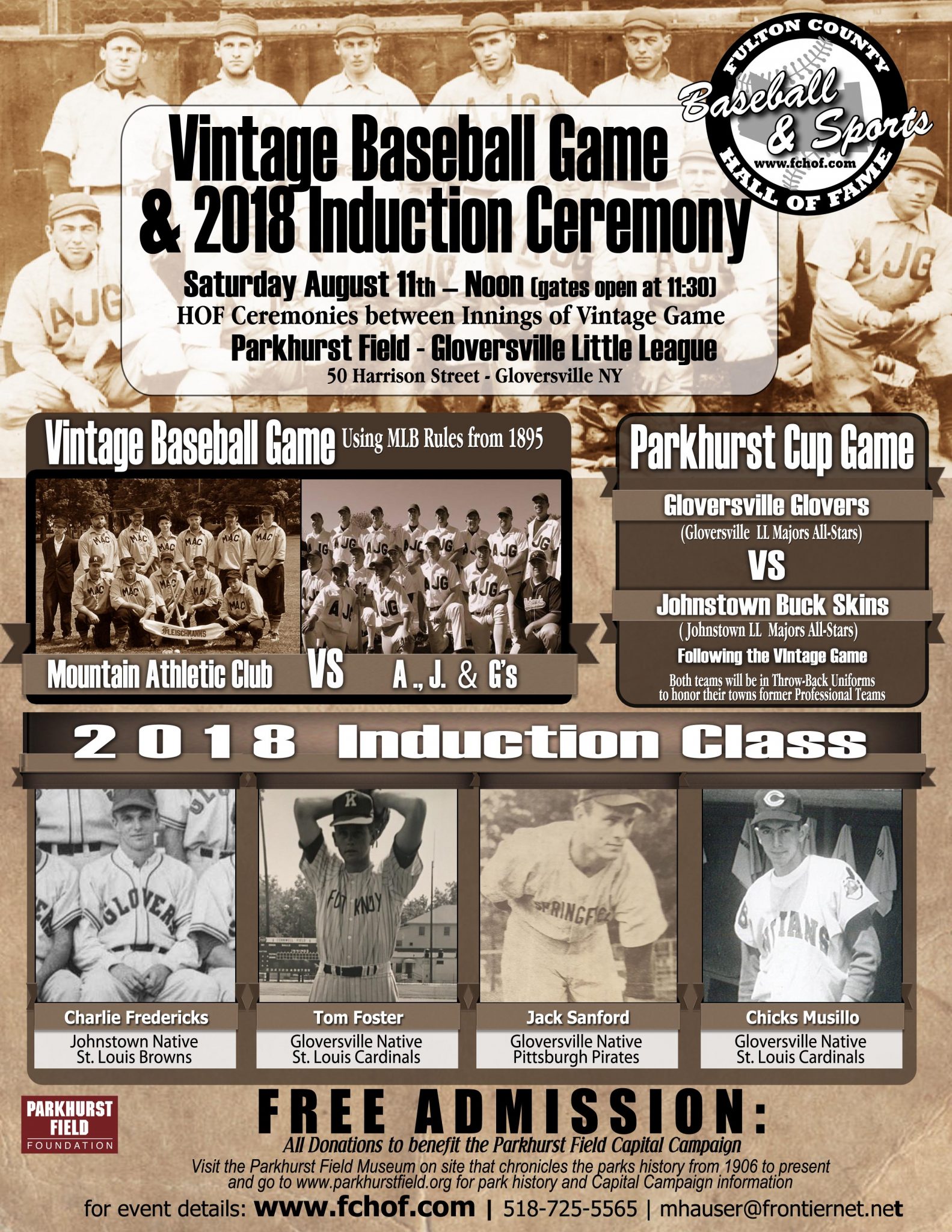 David Karpinski, Executive Director of the Parkhurst Field Foundation and Mike Hauser, founder of the Fulton County Baseball & Sports HOF have announced plans for the 6th annual Vintage Baseball Game & Fundraiser for the Field of Dreams Capital Campaign, to be held on August 11th at Parkhurst Field.

Buck Skins and the Gloversville Glovers,

two teams who originally faced off locally in the late 1800’s. Each team will be wearing throwback uniforms and will be made up of local Little League® stars. The Vintage Baseball Game at 1pm will match up the local A., J. & G team, with a roster of former Gloversville Little League players, against the Whately Pioneers of Massachusetts and will be played in vintage jerseys using MLB rules from 1886, utilizing period specific playing equipment.

This year’s event will be FREE to the public, but will be a fundraiser for the

More form the Hall of Fame