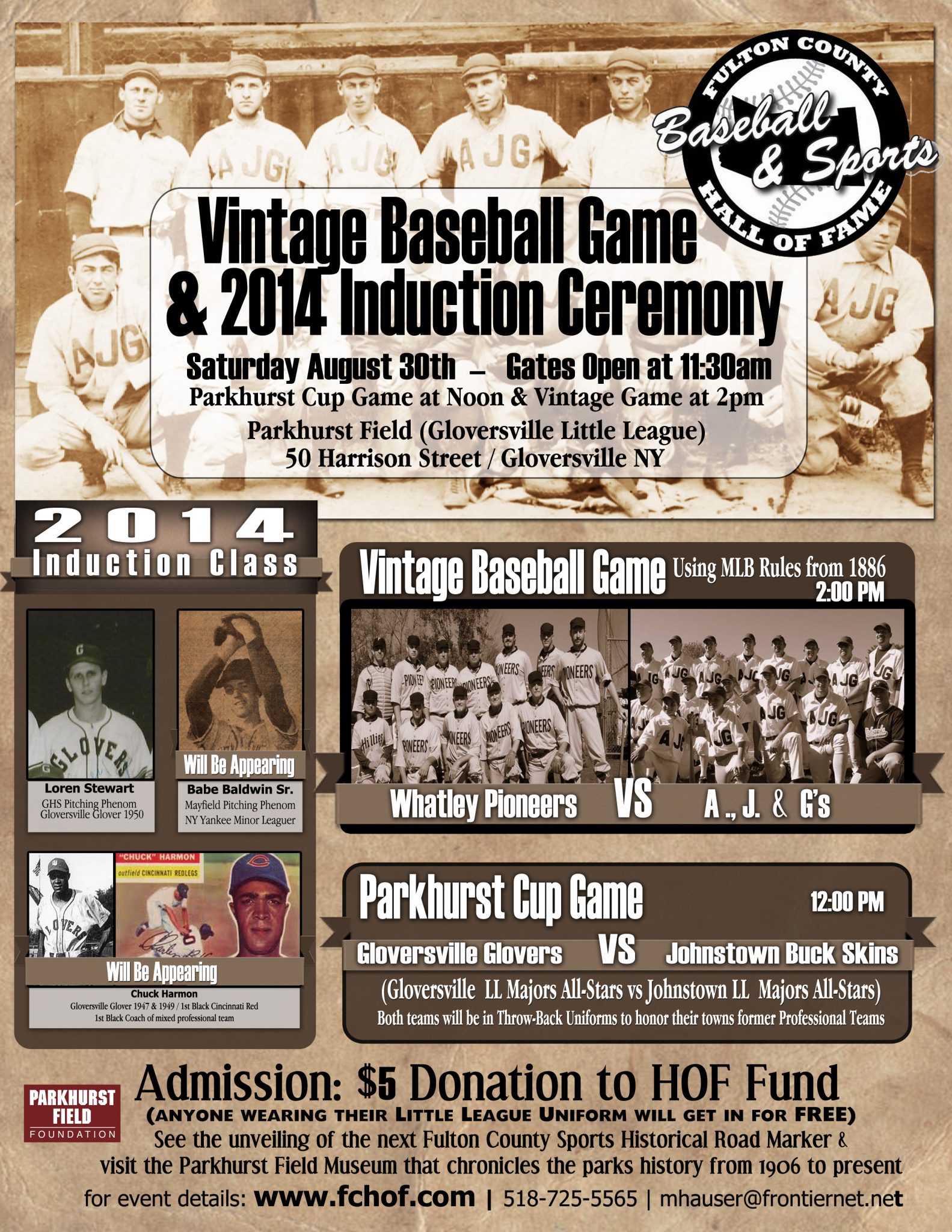 GLOVERSVILLE – Saturday was a packed day at the Parkhurst Field, with a vintage baseball game, hall of fame inductions and documentary filming all taking place.

Dressed in vintage uniforms from the late 1800s to early 1900s, players took the field as the Whately Pioneers and A., J. & G’s teams. Even the umpire got into the vintage act, dressed as a late 19th century ump, complete with top hat.

More than 100 people came out to take part in the day.

Fulton County Baseball & Sports Hall of Fame Co-Chairman Mike Hauser said he had wanted to do a vintage baseball ever since he heard about the concept.

Christi Eichinger of Johnstown was at the event with her daughters, who had just had their picture taken with one of the inductees.

“It’s cool, it’s like living a history we didn’t get to experience,” Eichinger said.

The day marked the induction of the second class to the hall of fame. The three men were inducted during breaks in the vintage baseball game.

Hauser said organizers decided to meld the vintage baseball game and hall of fame induction into one event.

Below, family members of the late Loren Stewart receive his plaque from the Fulton County Baseball & Sports Hall of Fame. Photo by Kerry Minor/The Leader-Herald. 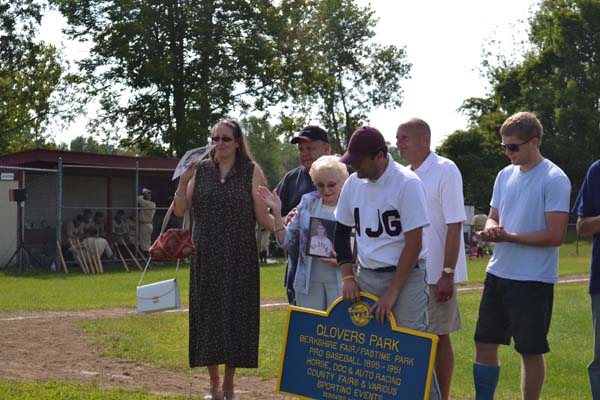 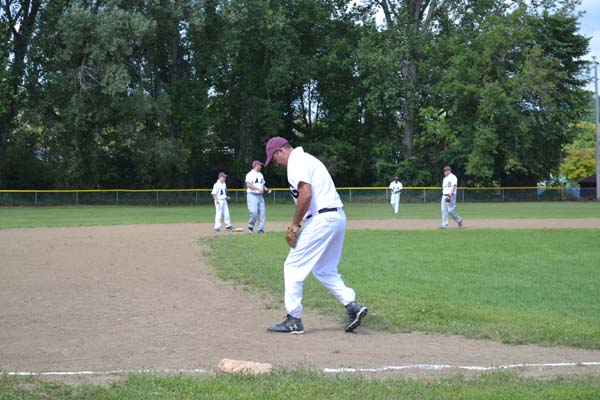 Hall of Fame inductee Bradley “Babe” Baldwin Sr. pitched for Mayfield High School as well as playing golf and basketball. He was drafted out of high school to play for the New York Yankees in 1957.

Inductee Loren Stewart pitched for Gloversville High School in the 1940s. Stewart played for the St. Louis Browns and the Gloversville Gloves before being called away to duty in the Korean War.

Inductee Chuck Harmon played for the Gloversville Gloves in 1947. Harmon became the first black player for the Cincinnati Reds in 1954.

Harmon’s granddaughter Danielle Keemer Edmond said that 2014 has been an eventful year for him. She said he turned 90 in April and celebrated 60 years of breaking the color barrier for the team.

“It was just a trifecta of wonderful,” Keemer-Edmond said of the call about the induction.

A documentary film crew was also taking footage of the game and talking to little leaguers who played in the Gloversville Glovers and Johnstown Buckskins game that preceded the vintage one.

IFP Films is currently working on a documentary on the field and its history.

Producer/Director Robert Manasier said his crew was there shooting film for the documentary and said the company plans to make several trips back during the year.

He said he is hoping to get the documentary out for opening day, but said it normally takes anywhere from six to nine months to complete a documentary film.

Manasier said a few sports channels have shown interest in the film.

Manasier said the film will also help the Parkhurst Field Foundation, since it can be sold as a fundraiser for the group.

Executive Director and Founder of the Parkhurst Field Foundation David Karpinski said IFP heard about the field and approached him about making the film.

“There are all of these great story lines,” Karpinski said. “You’ve got kids roaming on the same field as [major leaguers].”